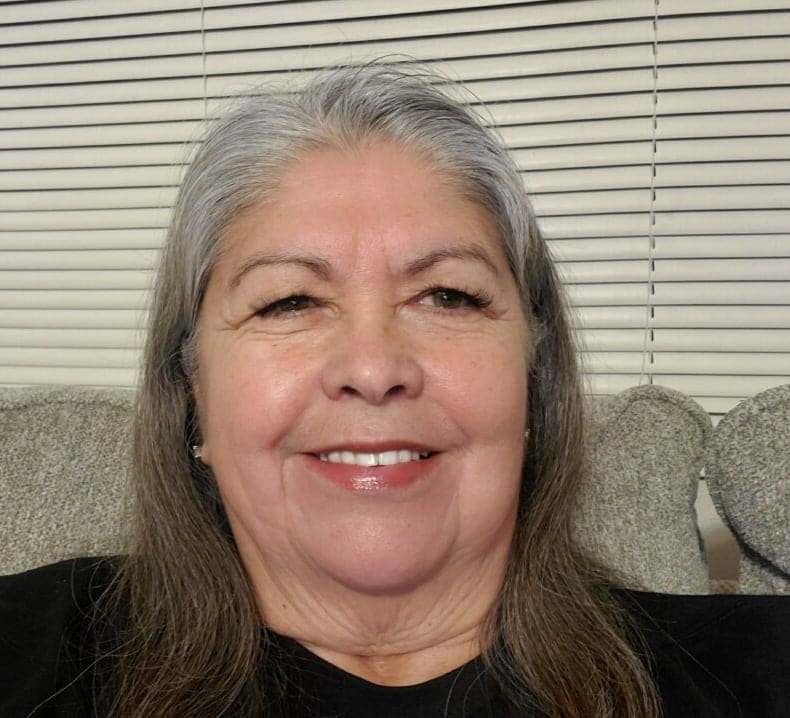 We are thankful to have spent time during our Days of Gratitude observance with Yvette McGimpsey of the Makah Tribe in northwestern Washington State, who spoke with us about the importance of culture in bringing, and keeping, people together.
Yvette is a 7th generation descendant of the Head Chief of the Makah Tribe who was a signer of the treaty with the US government in the mid 19th century. She has spent her career working with youth, including in schools and social services management, and has, with her late husband, eight children, 30 grandchildren and 19 great grandchildren. She holds multiple degrees in arts and education.
“We have never lost anything,” she speaks proudly of unbroken centuries of Makah culture. “There are tribes that have lost their songs, their dances, their languages, but the Makahs have held onto everything over all the years.”
She shared stories from Makah oral history, including Thunderbird and Whale, which appear on the Tribal flag. The Makahs’ stories have morals to them and contain information that transmit generational traditions and behavior.
“We did artwork on everything,” she commented about integrating art and cultural symbols with everyday objects, a seamless connection between art and life. Much of the historical culture of the Makah is preserved and interpreted in its world-class museum. Many of the objects were recovered in excavations during the early 1970s that supported oral history traditions.
Yvette showed us intricate baskets from several generations of her family–one her grandmother made and two her granddaughters wove–a cedar chief’s hat, a traditional friendship necklace made of olive shells and strings of blue Russian trade beads that illustrate a rich history of interaction with people from outside.
Commenting on the treaty her ancestor signed, she makes an important distinction about sovereign rights, explaining that rights were not given to the Makah by treaty with the US, but were reserved for them as rights that were already theirs. 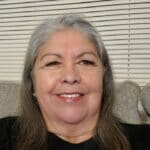 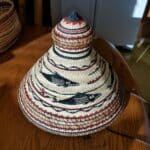 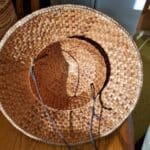 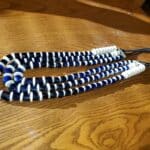 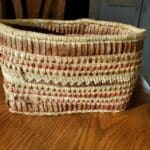 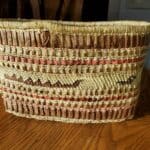 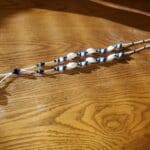 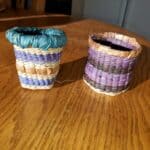