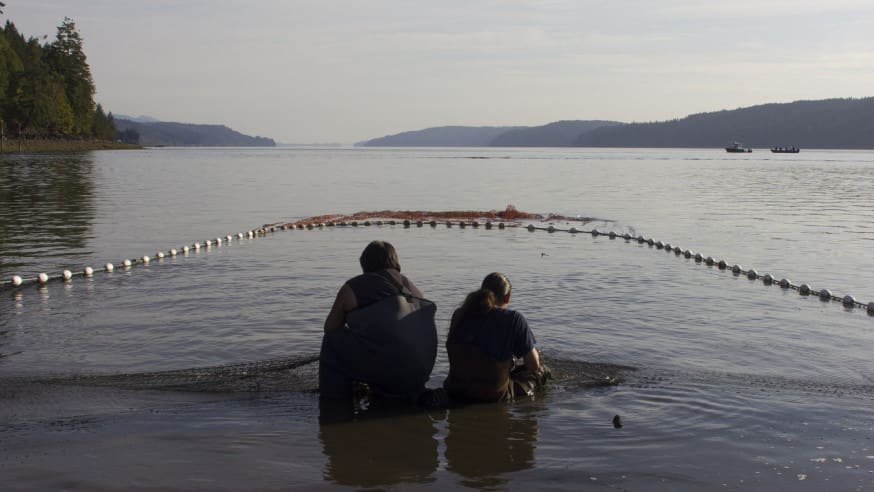 Billy Frank Jr., longtime chairman of the Northwest Indian Fisheries Commission, received many awards during his life and continues to be honored since his passing in 2014.

His life was celebrated last month when President Barack Obama posthumously awarded him the Medal of Freedom. It is the nation’s highest civilian award.

Billy would have been delighted to receive the medal, but even more delighted by the attention that such an award can bring to the issues he fought for every day: protection of tribal cultures, treaty rights and natural resources.

We hope the United States will honor not only Billy’s life, but also his dream, by taking action on the Treaty Rights at Risk initiative that was the focus of his efforts for the final four years of his life.

Salmon recovery efforts cross many federal, state and local jurisdictions, but leadership is lacking to implement recovery consistently across those lines. Billy believed that the federal government has a duty to step in and lead a more coordinated and effective salmon recovery effort. The federal government has both the legal and trust responsibility to honor our treaties and recover the salmon resource.

That’s why he called on tribal leadership to bring the Treaty Rights at Risk initiative to the White House in 2011. It is a call to action for the federal government to ensure that the promises made in the treaties are honored and that our treaty-reserved resources remain available for harvest.

Tribal cultures and economies in western Washington depend on salmon. But salmon are in a spiral to extinction because their habitat is being lost faster than it can be restored.

Some tribes have lost even their most basic ceremonial and subsistence fisheries – the cornerstone of tribal life. Four species of salmon in western Washington are listed as “threatened” under the Endangered Species Act, some of them for more than a decade.

“As the salmon disappear, so do our tribal cultures and treaty rights. We are at a crossroads, and we are running out of time,” Billy wrote not long before his passing.

Over the past four years under the Treaty Rights at Risk initiative, we have met often with federal agency officials and others to work toward a coordinated set of salmon recovery goals and objectives. Progress has been slow, and at times discouraging, but we remain optimistic.

An important goal is to institutionalize the Treaty Rights at Risk initiative in the federal government through the White House Council on Native American Affairs, created by President Obama in 2013.

Economic development, healthcare, tribal justice systems, education and tribal natural resources are the five pillars of the council. With one exception – natural resources – subgroups have been created for each pillar to help frame the issues and begin work.

The creation of a natural resources subgroup for the White House Council on Native American Affairs would truly be a high honor that the United States could bestow on Billy’s legacy.

Lorraine Loomis is the chair of the Northwest Indian Fisheries Commission.