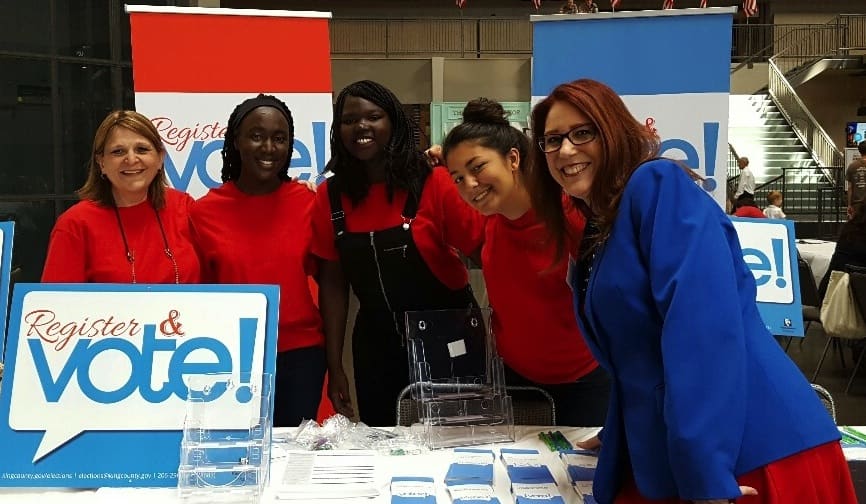 Over the our Civic Engagement Summer Pilgrimage, the Institute for Community Leadership embarked on a six week journey where students, interns and staff traveled to 32 cities, urban and rural areas, and Native Nations interviewing people. We received over 200 responses after posing the question, “How can we get others civically engaged?”

Everyone has a story. On the Fourth of July Naturalization Ceremony we were honored by stories of tremendous sacrifice, hard work and courage. With voter registration forms in 11 languages, we gained strong appreciation for diversity of culture and contribution. Thanks to a great partnership with King County Elections, some of our team spent July 4 at Seattle Center Naturalization Ceremony, registering 109 new voters, and learning from others.