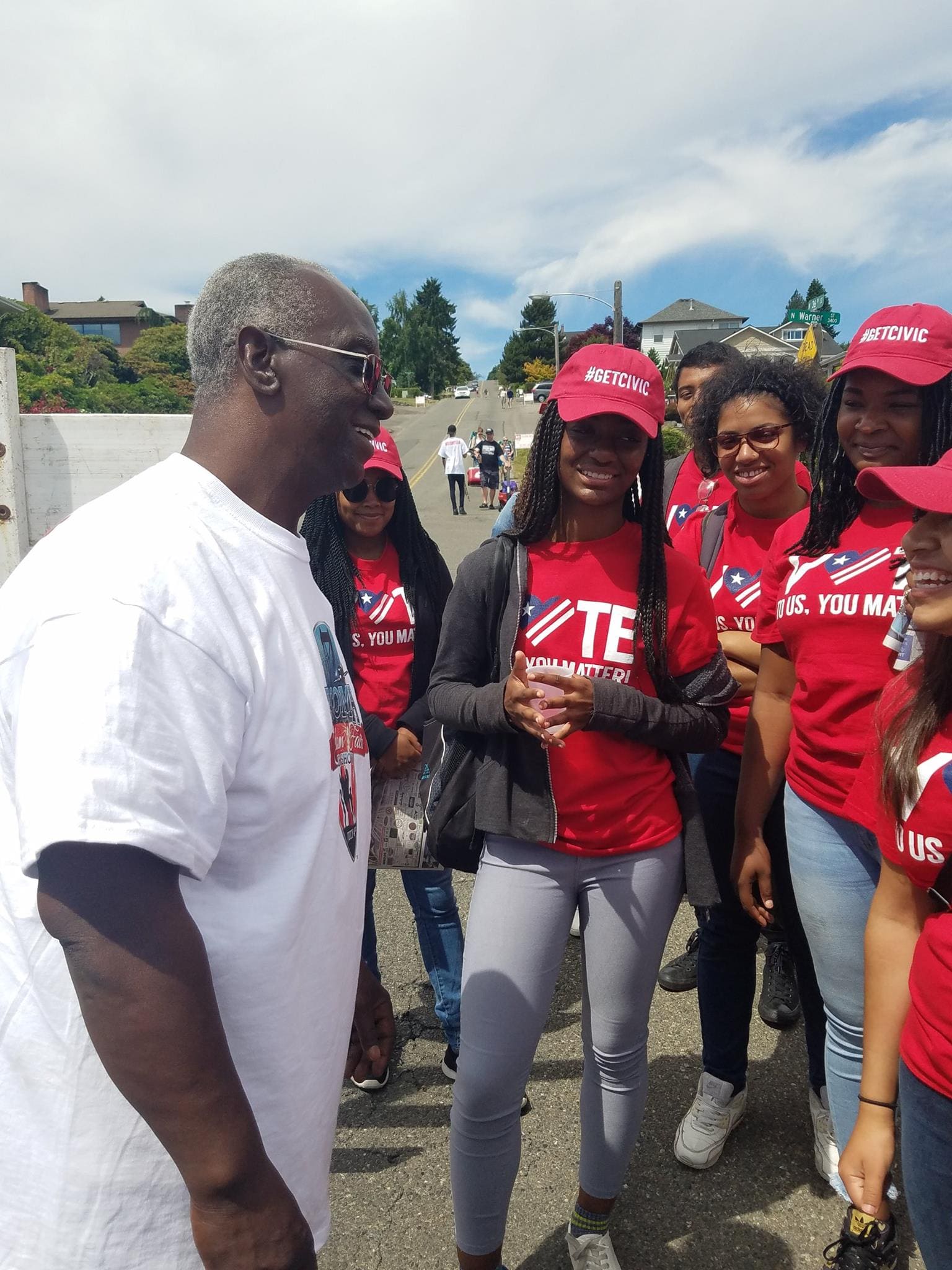 Celebrating the 4th of July at Tacoma’s Freedom Fair, the delegation encountered Perry, a retired musician, originally from Oakland. Perry noticing the young people’s provocative red shirts which read in bright letters, “Vote, to us, you matter!” and #GetCivic has called the group over to inquire about the reason they were at the fair. Bright eyed and ready to interview fair attendees, the students explain that they are hoping to answer one critical question “How do we get more people to vote?”

Optimistic and with big smiles, the students’ energy is incredibly contagious. Perry pauses reflectively as if surprised by the serious concern implied within such a question. In response, Perry describes himself as an “old timer” who played with the likes of “Tower Power and Johnny Hooker”. He makes evident that he knows about the meaning of good music because he did one thing that many people no longer do. He listened to elders. He listened because they knew more than he did about sacrifice, pain and struggle.

He listened because although he may have had the necessary knowledge to be a good musician, he did not have the wisdom. “If you listen, you learn. Young people, you don’t know everything,” Perry states bluntly. It’s a criticism young people know all too well. Perry goes on to explain that “wisdom is gained from listening to your elder’s stories. It helps you understand that everything that you have and how you live now. It’s not something that just happened. It took work. It took sacrifice.”

Deeply moved, the students thanked Perry for his time and marched forward toward the Puget Sound. During their time at the Freedom Fair, the students listened to over 100 people on how they can engage more people to vote. “In doing this”, one student remarked, we are “keeping alive Perry’s hope that youth learn to listen more.”