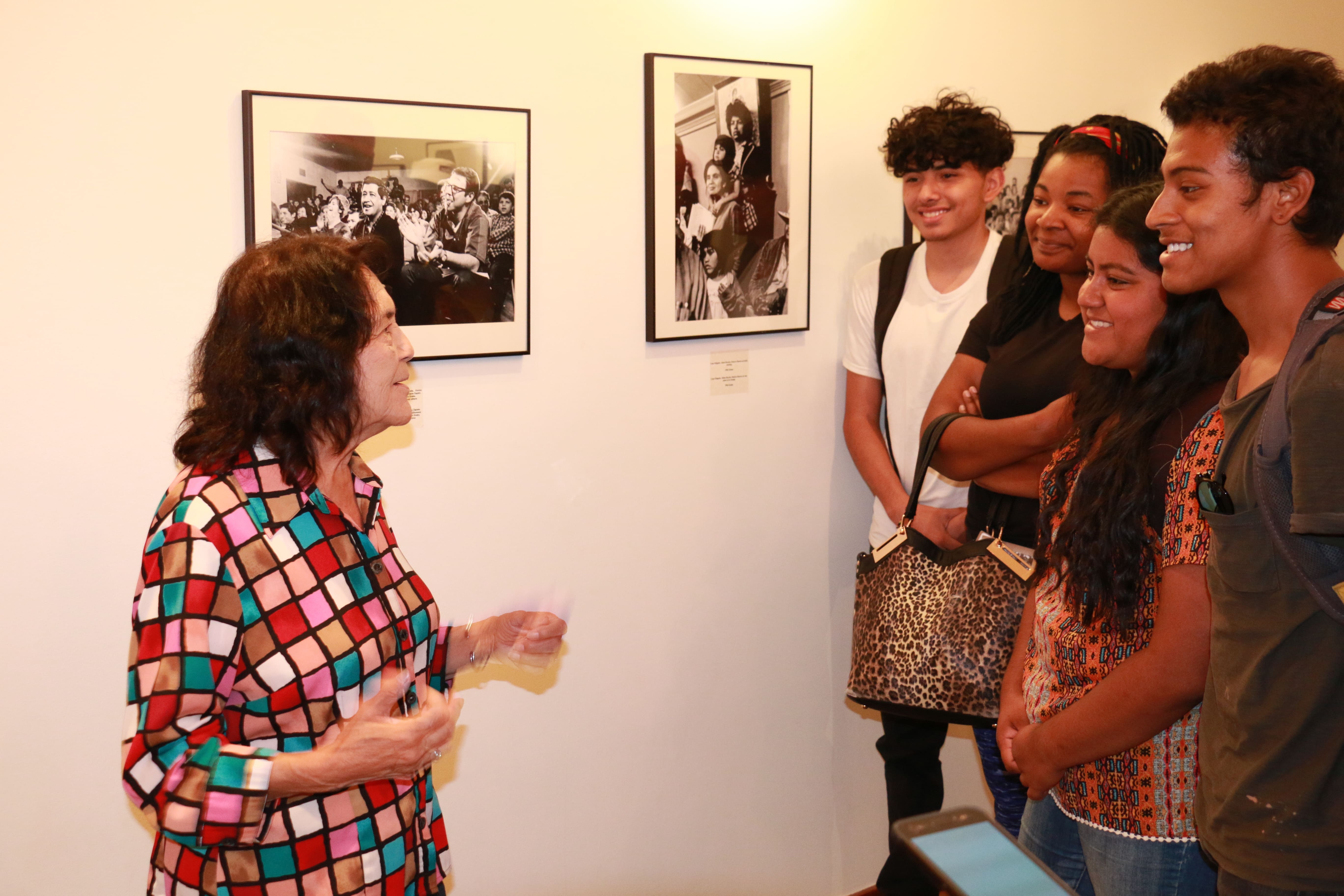 Exiting the highway in rugged and forested Keene and following the signs down a small, winding, narrow road will lead to the Cesar E Chavez National Monument. It is a quiet, and beautiful spot to remember the life of a Cesar Chavez and the ongoing Farm Worker’s Movement. The Southern Pacific Railroad runs alongside the property, and at times we enjoyed watching the freight trains passing by. The Tehachapi mountains roll deep. They curve in and around La Paz, part of the highway, reaching deep into the land before reaching the grapevines in Arvin. Our feet picked up dust with every step allowing us to breathe in the natural beauty of our nation’s history.

The Martin Luther King Jr. Freedom Center and the Institute for Community Leadership had the honor of meditating, reflecting, playing, and singing in the Tehachapi Mountains while staying at Nuestra Señora Reina de la Paz. Since 1970, the land housed Cesar Chavez and Dolores Huerta and continues to serve as the headquarters for the United Farm Workers and the Cesar Chavez Foundation. La Paz was a sanctuary for Caesar; it provided a space to study, pray, reflect and meditate in order to organize farm workers. Cesar believed it would take a moment to overcome the discrimination farm workers face. Cesar lead the movement using nonviolence with the teachings and methods of Dr. King and Mahatma Ghandi.

In 2012, President Obama established the Cesar E. Chavez National Monument in La Paz. Cesar and Helen’s memorial garden and a visitors center which preserves Cesar’s office and movement pictures are part of the national monument. A spiritual spot during our stay in La Paz was at Cesar and Helen’s gravesite. The site is peaceful and is decorated by various blooming flowers and the presence of lizards, birds, and jackrabbits. It allowed the Freedom Center students and staff a time to reflect not only on the life of a man committed to nonviolence and started a movement but also a space to reflect on our goals and moments of our summer pilgrimage that will help us develop into the women and men we are meant to be.