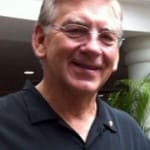 Roy Wilson, Ed.D., Executive Director, holds an Ed.D. in Educational Leadership and Change from Fielding Graduate University, and an M.A. in Creative Writing and a B.A. in English both from the University of Washington.  Roy is a published author, scholar and presenter on civil rights, nonviolence and libratory leadership practices.  He has served as director of various non-governmental entities including Seattle Managua Sister City Association, International Relations Director for El Centro de la Raza, and is the founder and Executive Director of the Institute for Community Leadership and the Jack Hunter O’Dell Education Center. Roy has received international, state and regional awards for his work in civil rights and confronting racial and socio-economic disparities. He is widely published and his work has been featured in Life Magazine, the New York Times, Washington Post, Miami Herald, Seattle Times, Oakland Tribune, and in a National Public Radio TV Special “The United States of Poetry” and a National television feature on the Nickelodeon Network.